I find Sets and set theory to be a fascinating concept, both in the abstract and in the concrete , and one that I find more and more useful as time goes on. I've wanted to write an introductory post on the topic for a while now and hope it might inspire a similar interest in Sets for you.

What is a Set?

Throughout the rest of this post, I will be using drawings to aid in my explanation, so to get started, here's a Set: 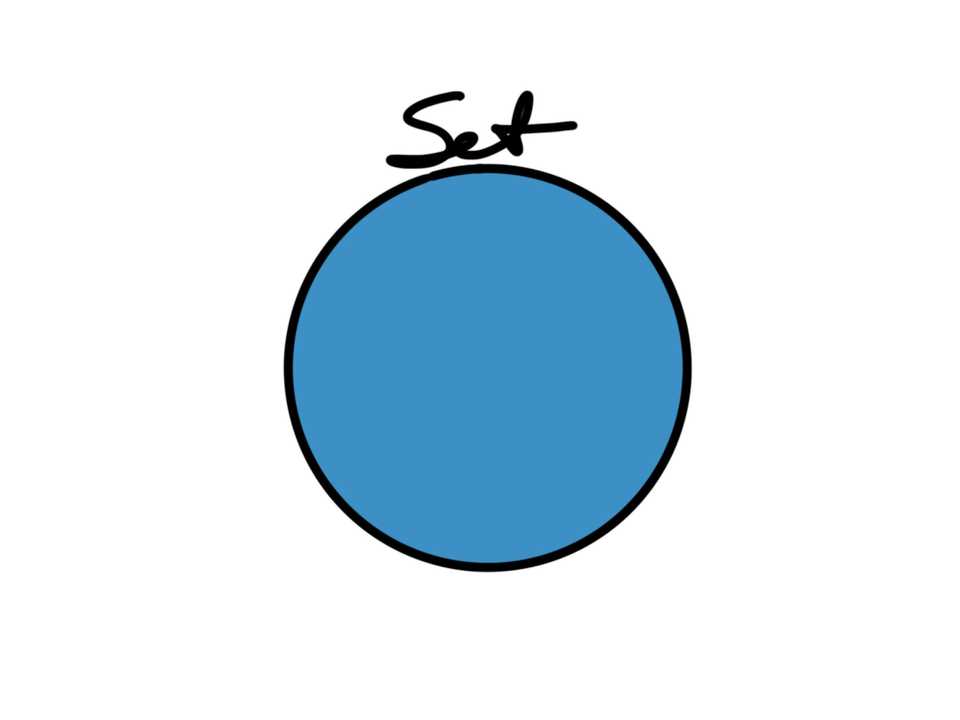 It is important to note that Sets often exist within a universe: 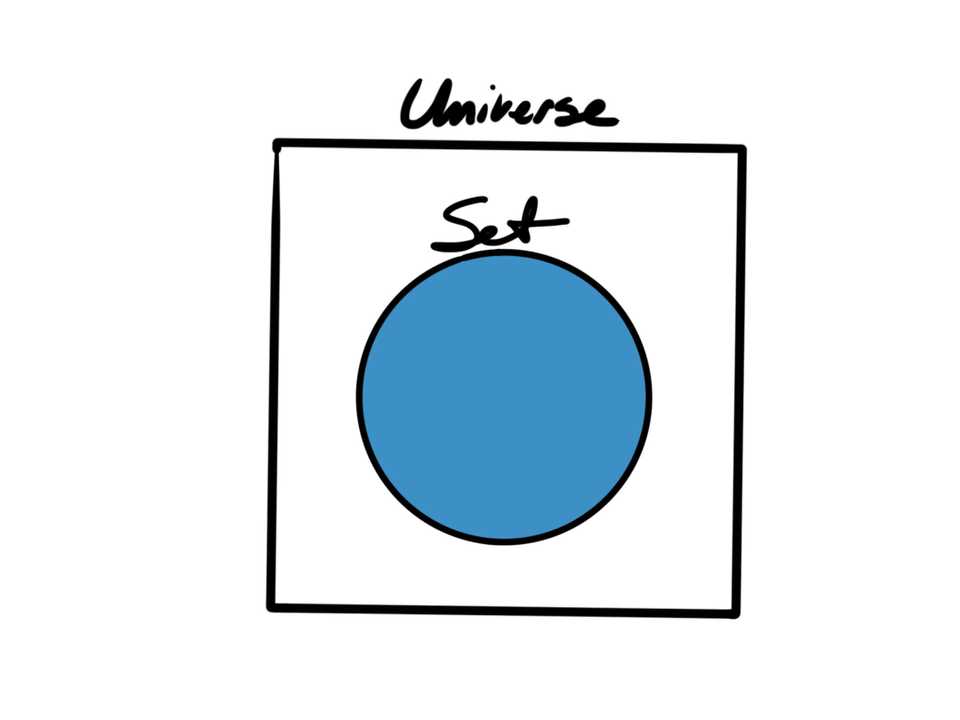 Sets interacting with other Sets

Sets become far more interesting (and useful) when we consider how they interact with one another. 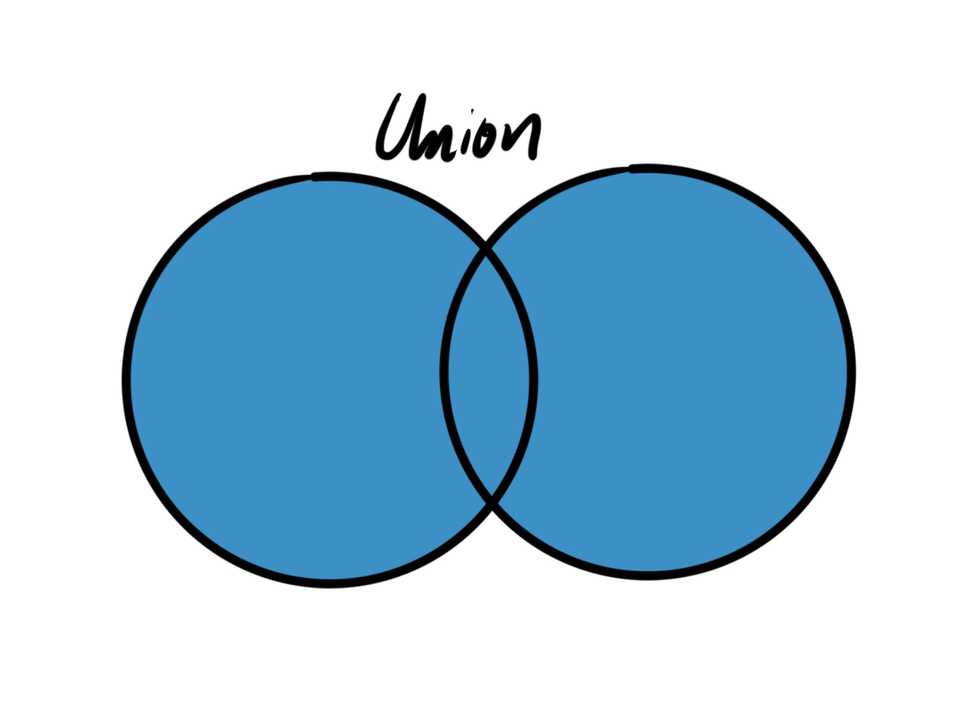 The intersection of Set A and Set B is the Set containing the elements in Set A that are also in Set B. You may recognize this as a Venn Diagram. 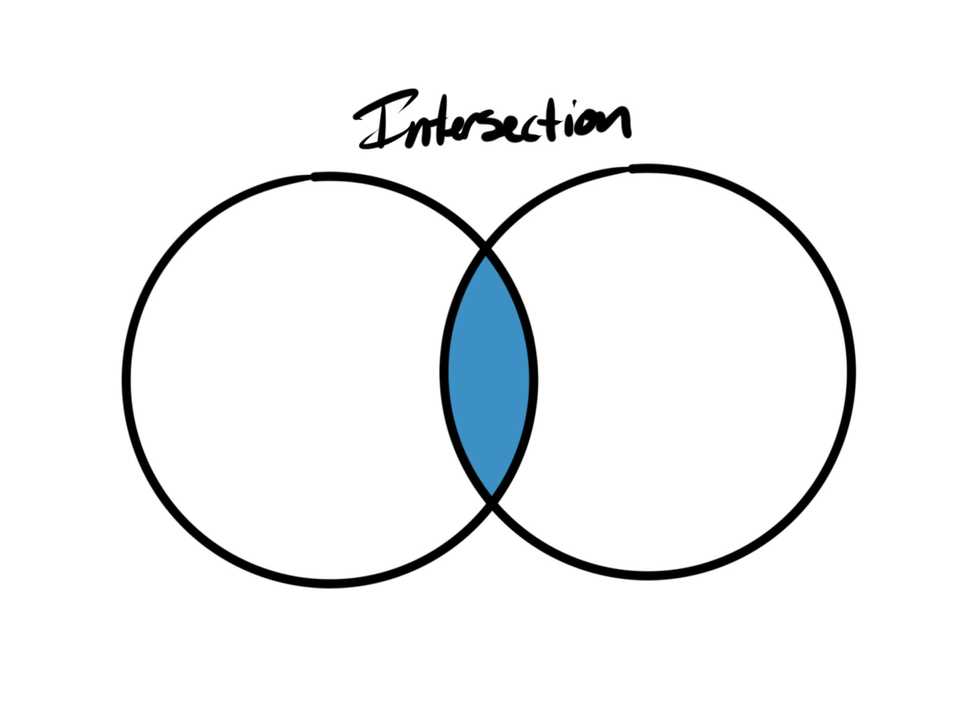 The difference of Set A and Set B is the Set containing all the elements from Set A that are not in Set B. 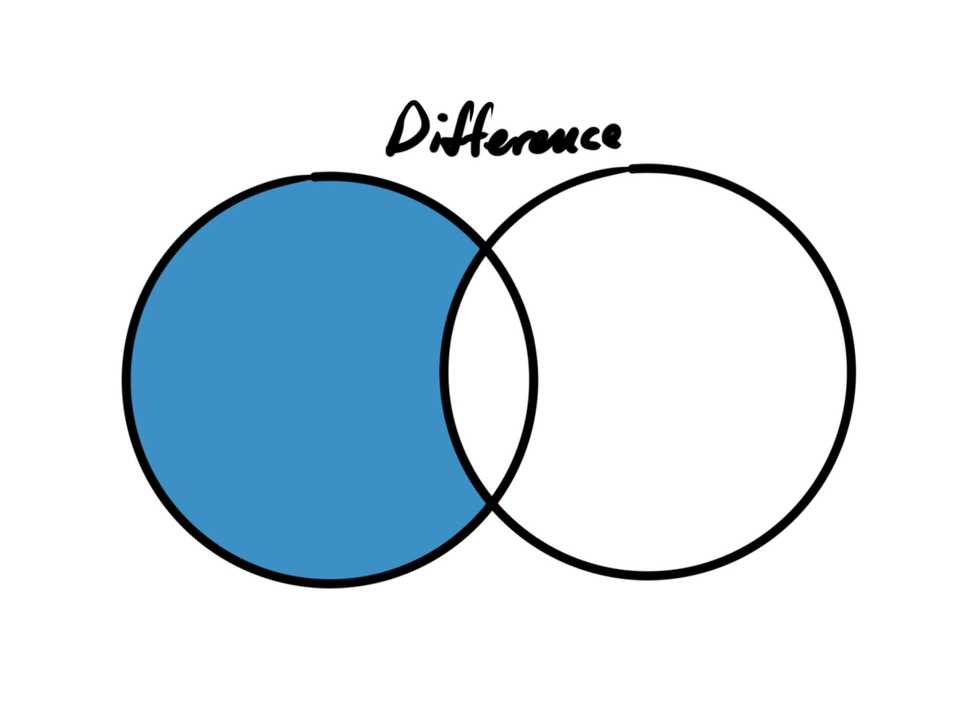 Note that the difference between two sets is dependent upon the order of the arguments. That is, given that Set A and Set B are not equal sets, then difference(setA, setB) will not be equal to difference(setB, setA) 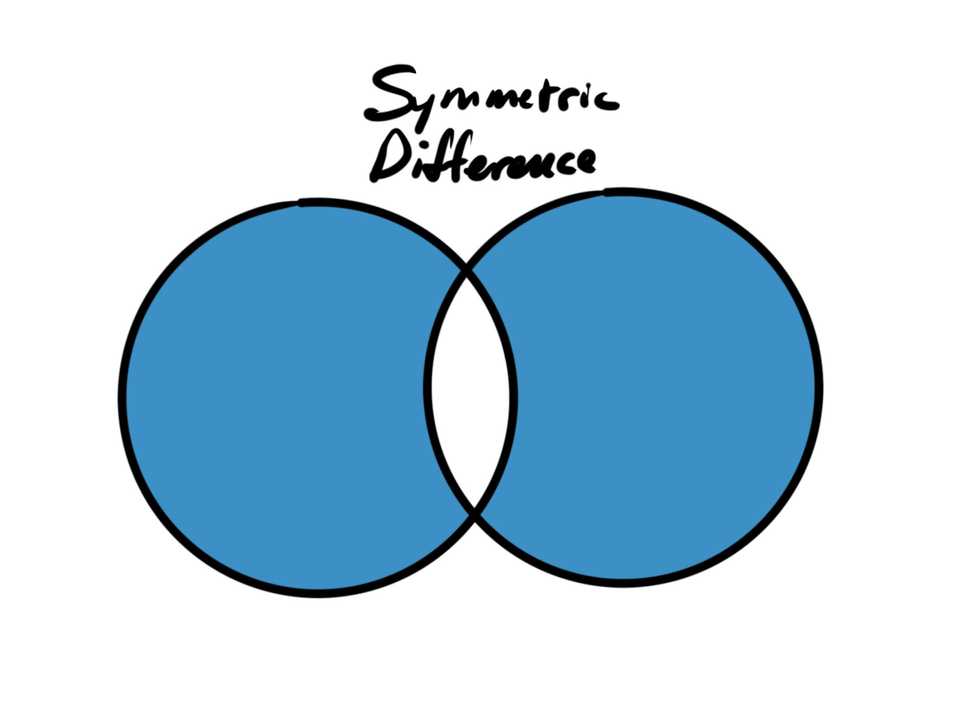 The complement of a Set A is the Set containing all of the elements not in Set A. By default, this would be all the other elements in the universe, but when constrained, complements can be useful. 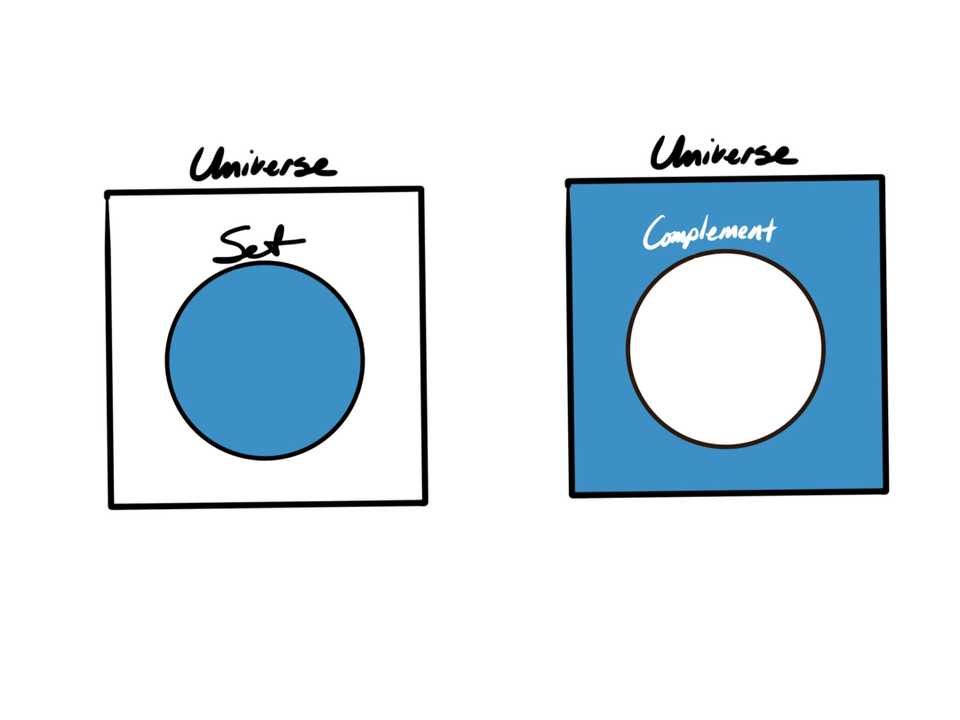 Set A is a subset of Set B if every element of Set A is in Set B. 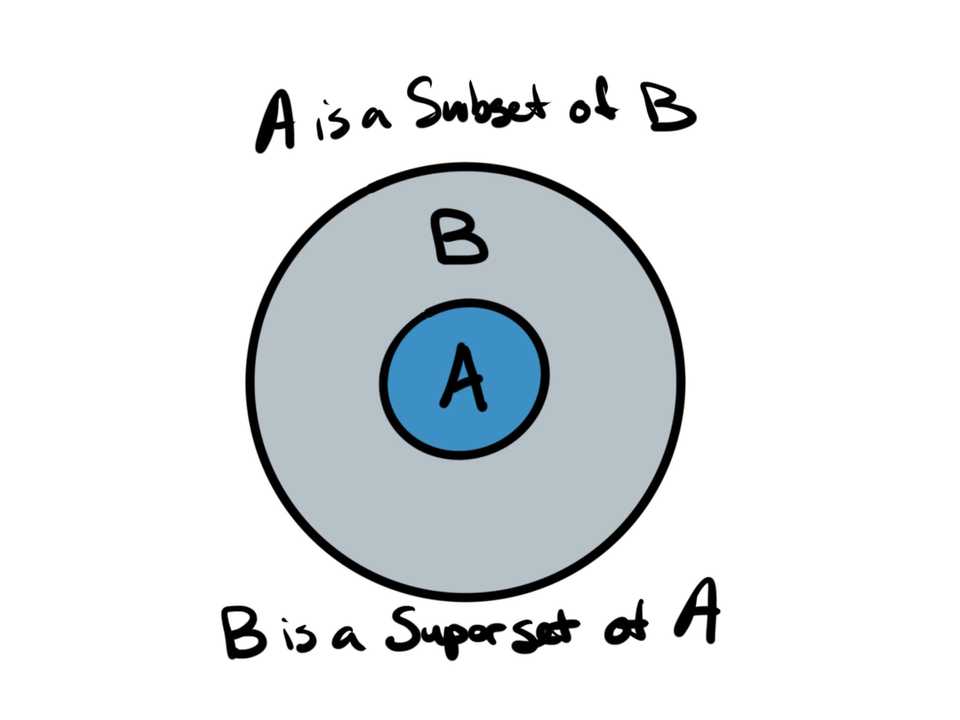 We can make use of Array.prototype.every to help us with this one.

Set A is a superset of Set B if Set B is a subset of Set A.

Set A and Set B are considered disjointed if they share no elements. 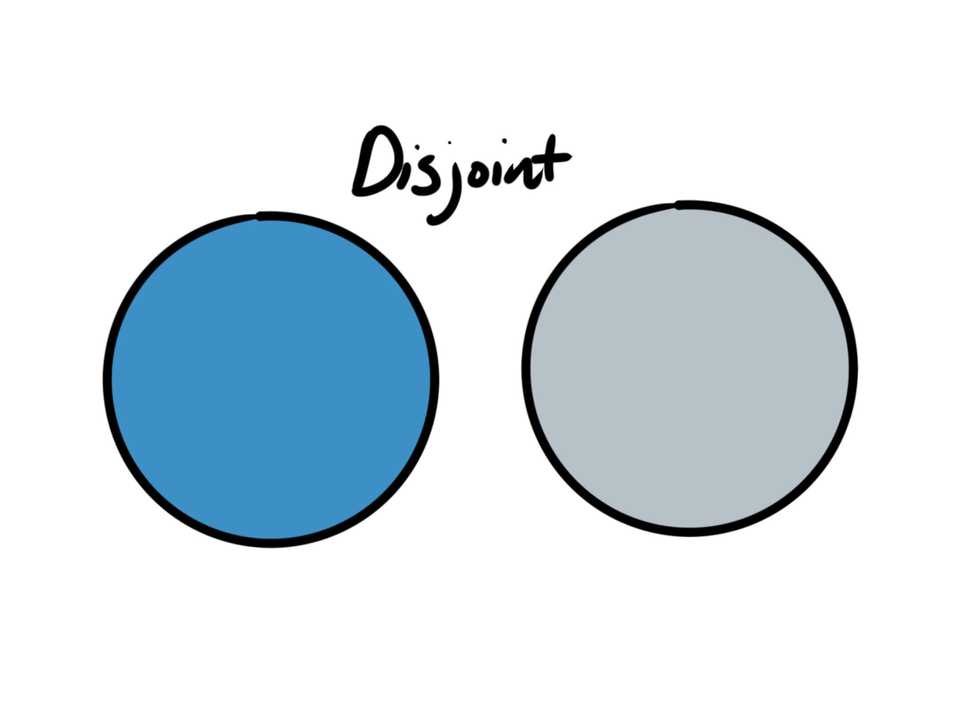 Another way to think about disjointed sets is that their intersection is the empty set, and therefore has a size of 0. We can use that to determine if two sets are disjointed or not.

It is not uncommon to create disjointed unions, as we will soon see.

Where am I using Sets without maybe realizing it?

This is why types that use | and & are called union types and intersection types respectively.

Are there practical uses?

Quite a few, but you have to get used to looking for them. I have used sets for tag/category systems (I use Sets for my tags on this site). I've used them for making efficient filtering systems, too. It's sometimes easiest to think of filtering items in terms of unions and intersections.

Another place you've probably seen them over and over is in vector drawing tools. Take a look at Figma for instance. If I make two vector shapes, select them both and then look at my options, don't these look strangely familiar? They even use some of the same words to describe the operation. 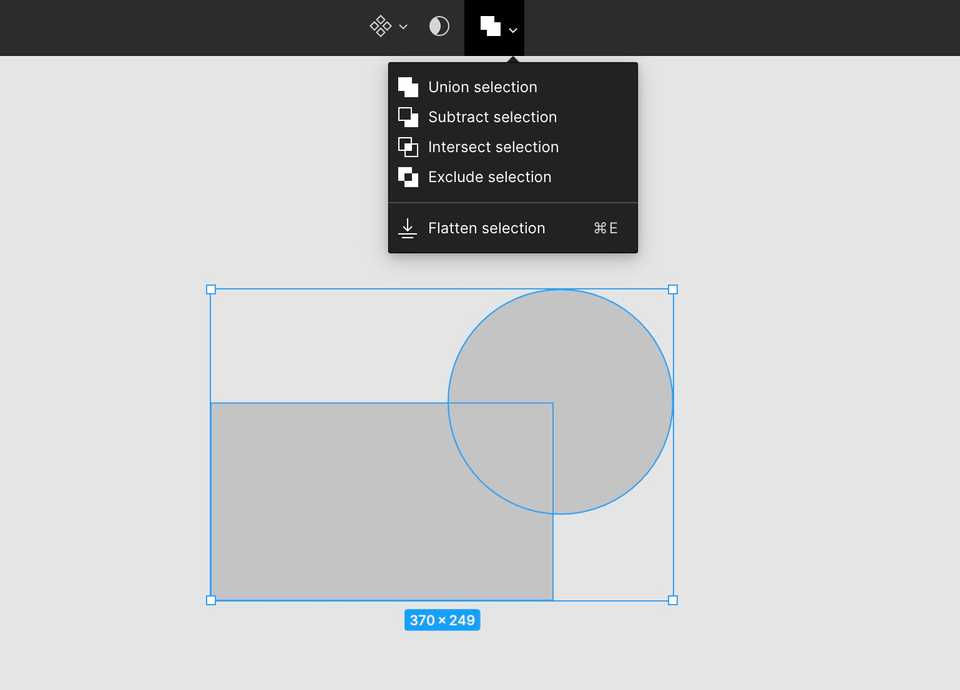 At its core, manipulating vector graphics is as simple as doing some Set operations. Every shape is a Set of points, and we can use the operations to manipulate those points into complex shapes.

Sets are a collection of unique elements. Learning the fundamentals of Sets and set theory may open up some new ways of thinking of operating with data for you. Your mileage may vary. At the very least, I hope you find words like "unions" and "intersections" less intimidating (if they ever were at all).

There's one specific library I like to share with people in regards to Sets that I want to share with you: Zet. It's incredibly simple and excellent. I encourage you to read the source code as well.

It's worth noting that there are proposals to improve Sets in JavaScript in the works: https://github.com/tc39/proposal-set-methods. The work here will replace the need for libraries like Zet in the future.